I’ve never much believed in the present predicting the future. Well, maybe more than my mother-in-law did. “Have you noticed that gas prices have been getting lower the further south we drive?” I commented, as we were driving to Atlanta. “Quick, stop here so we can buy five gallons!” Yeppers, it might start going back up at the very next stop. But only buy five gallons, to hedge our bets.

Flar used to play roulette, betting on the Big Numbers theory of probability. I’ll admit it was the worst grade I got in my math sci major, but I swear I remember Dr. Pfeiffer telling us that the Big Numbers theory is malarky. Nevertheless, Flar would wait to bet on red until black had hit so many times in a row. Me, I like splitting my money a gazillion ways to play multiple numbers on a single spin. He tends to come out ahead for the evening, but I get the more exciting stories.

This particular evening, I was placing my bets on 12 numbers altogether using 5 chips. We were at a table with three other players. Two were just your average Las Vegas tourist, but the third was a beautiful young Asian woman, whom I’ll call Tai [*]in a list of popular Asian baby girl names, it means prosperous and talented. She was dressed in a silk cocktail gown, with her hair swept up in an elegant knot. She had been placing large bets on single numbers while we shared the table. I was enjoying the game: the chips spread over four numbers paid most frequently, but the bet split only two ways paid often enough to keep me playing. Flar commented that the only bet I had placed on a single number, 16, had yet to pay off.

Tai immediately put a hundred dollar bet on 16, covering my dollar bet. Both of the other players added one of their chips. At that point, Flar was the only one at the table who hadn't joined in. I explained that all of the numbers came from significant dates, and that the 16th was our wedding anniversary. At this remark, Tai gave Flar such a look. One of those steady stares that spoke volumes. She was obviously challenging him to join in, so he put down a five dollar chip on the stack.

The ball landed on 16, and the whole table cheered.

I kinda don’t play roulette anymore. I’ve got my one story.

This year started out with a series of medical challenges. I had a hysterectomy late last year, and the recovery-at-home time lasted through the first week of this year. Just as I was set to return to work, I got the flu. That put me out of commission for most of the next week. Then two weeks later, I broke and severely sprained my ankle. I am just now seeing the light at the end of this tunnel of recovery. If I were to judge by recent events, I’d be worried about what will happen next.

Instead, I’ve decided that three’s the charm and I’m done with being a couch potato. My doctor says it’s okay to get in the pool, so we added me to Flar’s club membership, and I’ve started swimming laps. My initial goal is 30 minutes, three times a week. So far, I’ve been to the pool thrice. The first time, I swam 10 whole laps. I thought that was pathetic until I found out how many calories I burned swimming those 500 meters. The second trip, I swam 12 laps. Today I managed 11. I don’t expect to increase my distance every time, but I’m determined to stick with it. There’s nothing like hobbling around on crutches and trying to hop on one foot, to make me finally lose patience with the extra 100 pounds of weight I carry around daily. 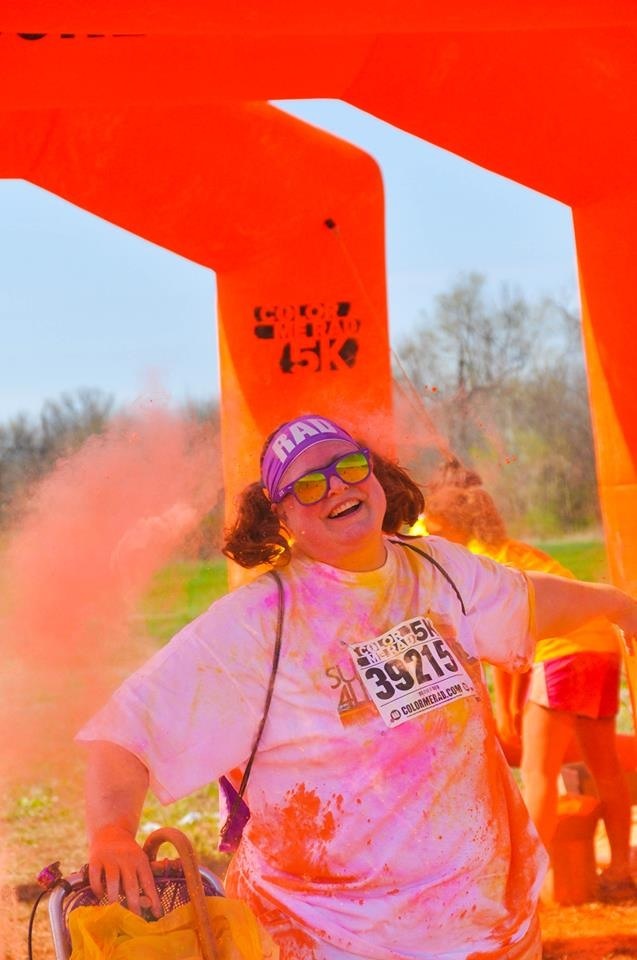 While I was still using the knee walker, I walked in a 5K color event. This weekend, Flar is going to walk with me in another 5K. I’ve earmarked five more to enter over the next five months, and I’m recruiting walking partners to keep me committed. I may have spent the last six months off my feet as much as I could wrangle, but this marks a new beginning.

This has been an entry for The Real LJ Idol writing competition: the Final Season, Topic 11 : Recency Bias.
Collapse